Coonoor or ‘small tea garden’ is located at an altitude of 1,856 meters and is the second largest hill station in the Nilgiri hills. It is a popular tourist stop because of its impressive views of the lush green hills. It is also known for its tea plantations as the environment in the Blue Hills is very conducive to growing exceptionally aromatic tea. The impressive views will excite all nature lovers. It is sprawling with fresh vegetation and the beautiful wildflowers are another favorite thing to experience. Coonoor is a fantastic spot for bird watching. Various species of vultures, eagles and owls, song birds like bulbuls, thrushes, babblers, larks, cuckoos, robins and several others fill the hills with their music. It is common to see such birds as cormorants, pipits, skylarks, the Nilgiri verditer and parakeets. The area around Coonoor has been used as the backdrop for several movies made by Indian and foreign filmmakers. Most notable was when it was used as the backdrop for the 1984 American film, ‘A Passage to India’ by David Lean. This movie was based on a novel by E. M. Foster. Connoor was discovered in the 19th century by the British. A British national discovered the hills in the year 1819 and built his bungalow here. The construction of the Nilgiri Railway track was started in August 1881 and was completed within three years. Official inauguration of the train was done in 1897. Coonoor has many beautiful Points Of Interest to visit including: Sim’s Park, Lamb’s Rock, The Dolphin Nose Viewpoint, The Toy Train to name a few. 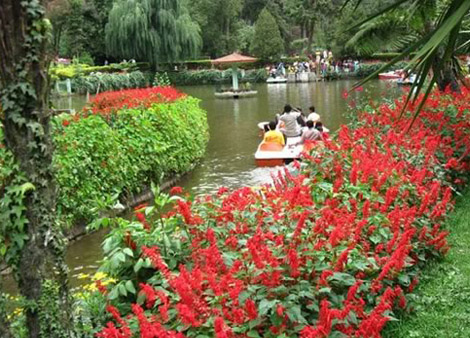 Sim's Park with all its natural beauty was constructed in 1874 by Mr.J.D. Sims and Major Murry. Unique and naturally occurring trees, shrubs and creepers are in the park as are many unusual species of plants that have been brought in from around the world. The park is situated in a deep ravine on the Northern side of Coonoor. The park covers twelve acres of undulating land. The well thought out park has a beautiful lay out. During the month of May there is an annual fruit and vegetable show that is held in the park. 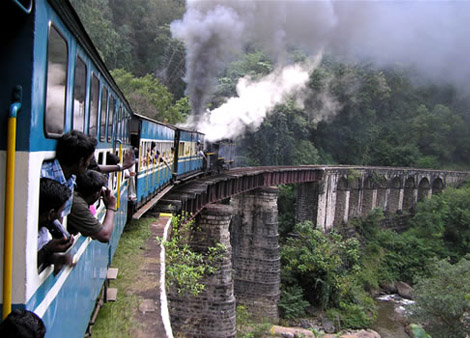 The Nilgiri Mountain Railway (NMR) is a 1,000 mm (3 ft 3 3⁄8 in) metre gauge railway in Tamil Nadu, India, built by the British in 1908. The railway is operated by the Southern Railway and is the only rack railway in India. The railway relies on its fleet of steam locomotives.NMR switched to diesel locomotives on the section between Coonoor and Udhagamandalam. Local people and visitors led a campaign to return to steam locomotives in this section. In July 2005, UNESCO added the Nilgiri Mountain Railway as an extension to the World Heritage Site of Darjeeling Himalayan Railway. The site then became known as Mountain railways of India. 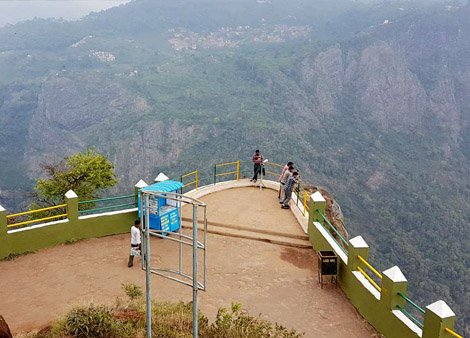 Situated 10 km from Coonoor, this view point not only provides a panoramic view of the vast expanse of the Nilgiri hills but also of the famous Catherine Falls.