Nestled on one side of the Doddabetta Mountain range, this village is set amongst beautiful tea plantations surrounding gently sloping hills. Kotagiri is one of the oldest and largest hill stations in the Nilgiris and plays an important part in the tea industry. At a height of 6511 feet above the sea level, Kotagiri has been rated one of the best climates in the world. Earlier known as “Kota-Keri” or “Kota-gherry”, it translates into “street of the Kota house”. It was once a famous summer resort area for the British. The Kota settlement was shifted to Aggal Hamlet (2kms away) after the government had acquired the land in 1911. Today there is still a temple dedicated to the Kamataraya deity. Kotagiri also has the status of being the first place in the hills in which a road was made from Sirumugai via Dena in the year 1819. In this small town you can visit Neru Park, the local market place and other small shops. 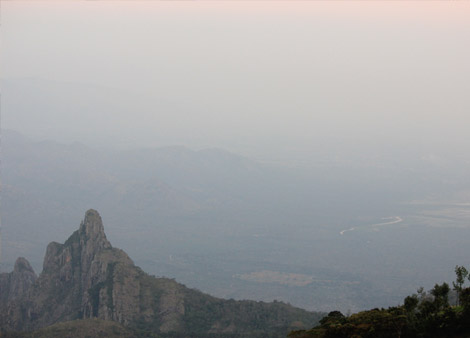 The most popular attraction in this area and located at a height of about 6500 feet, Kodanad view point is situated 18 km east of Kotagiri inside the Kodanad Tea Estates. Kodanad view point offers its visitors the breathtaking beauty of the Blue Hill Mountains and views of the plains. From here you can see the green carpeted paddy fields of Thengumarahada village lying below, the Bhavanisagar dam's reservoir, the many Tea Estates and the Moyar River. The Moyar gorge located between the Deccan plateau and the Nilgiri plateau, joins the river Bhavani across the valley. One can also enjoy the view of Rangaswamy Peak and Pillar from the watch tower located here and the beautiful sunset. During the monsoon, the view is often obscured because of monsoon clouds towering up into the sky and the mysterious rising mist. 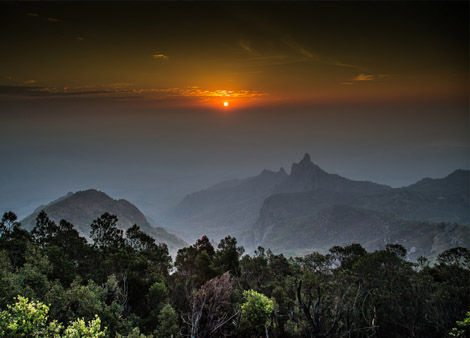 Rangaswamy Peak and Pillar lies twenty kilometers from Kotagiri town. Sacred to the Irulas (a tribe), the height of the peak is 5855 feet and can be seen clearly from the plains. Legend says that God Rangaswamy who lived in Karamadai, quarreled with his wife and came to live here alone. There are two shrines there which are dedicated to God Rangaswamy. Not far from Arakadu Village below the peak are two footprints on the rock- thought to be proof of the legend. North / West of the peak is Rangaswamy pillar, a huge extraordinary isolated detached rock rising in solitary grandeur to a height of about 400 ft. 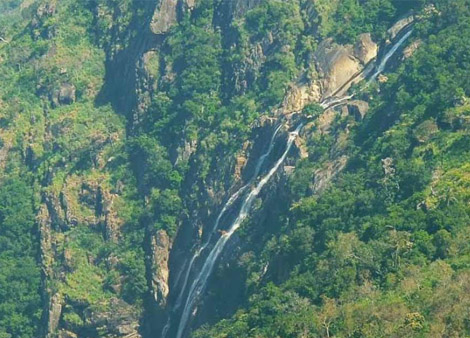 Also known as St. Catherine's Falls, it is situated about 12 km from Kotagiri. It is named after Catherine, the wife of M.D.Cockburn, a pioneer coffee planter of Kotagiri and Yercaud. This couple was among some of the first Europeans to settle in this area. They lie buried side by side in the cemetery there. Water falls from 250 feet high and is located amidst a thick forest. You will get a magnificent panoramic view of the forests and tea gardens reaching as far as Kallar Nellithorai basin. The upper course of Catherine falls is the Gaddhehaadahalla stream which drains into the Kallar basin. One can see the Dolphin's Nose in Coonoor across the mighty gap in the hills. 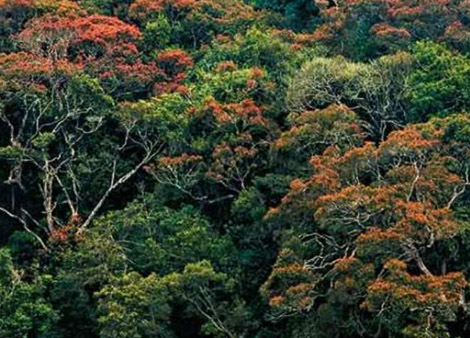 Originally known as Dodda Shola with an area of 116 hectares, it is the only major pocket of natural Shola Forest left in the immediate vicinity of Kotagiri. This Shola is an integral part of the very fragile Nilgiri Eco-System and preservation of this Forest is vital. It is a major water source for more than 15 villages in the Down Town Aravenu area, the Longwood Shola plays a major role in Kotagiri's microclimate attracting and regulating rainfall. Shola forests are a type of stunted evergreen vegetation found only in the southern portion of the Western Ghats Mountains. The area is also famous among bird watchers including 80 varieties of birds including species endemic to the region. A wide diversity of flora in addition to Indian giant squirrel, bonnet macaque, barking deer, Nilgiri Marten, Indian gaur (bison) etc can be seen here. There are very picturesque trekking paths which go through this serene Shola. 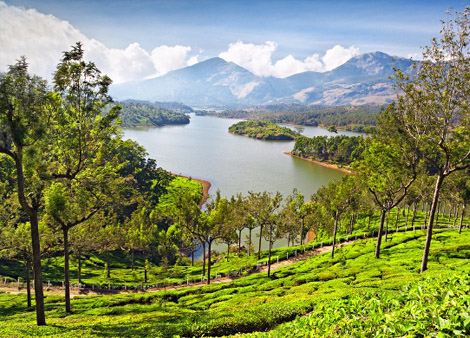 Situated beyond Kookalthorai about ten kilometers from Kotagiri is the Bikkapathi Reserve. An ideal place for trekking from either Kookalthorai or Masakal villages located nearby. This very exciting forest reserve is under the jurisdiction of the Forest Range Officer of Kattabettu at Kotagiri. One has to ask for permission to do a trek.